If you’ve watched the Super Bowl and asked yourself what is Tom Brady’s diet plan, you’re not alone. At 43, it’s mind-boggling how fit he is, and he’s going stronger than ever. 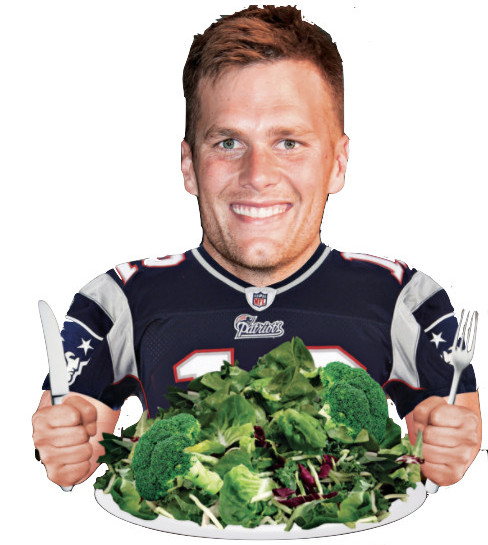 A friend of mine told me Tom Brady’s diet is incredibly strict and he drinks tons of water. The tons of water makes perfect sense to me considering his intense workouts, but this comment made me wonder what on earth does this guy eat and what’s his diet plan?

Well, I’ll break it all down in this article from all the research I’ve done and the facts I’ve found. He eats 3,000 calories a day and sticks to an 80/20 plant-based diet that’s mostly organic and local. That means 80% of his diet is vegetables, nuts, whole grains, and beans, while the other 20% is made up of lean meats.

Well, let’s get to the details of what he puts into his body to fuel himself every day. What is Tom Brady’s diet plan?

Because athletes need nutrients to fuel their bodies, vegetables and fruits have a ton of them, along with fiber and enzymes required for top performance. Fruits and veggies don’t have the negative side effects of processed foods.

While Tom Brady eats more than just veggies, this is a huge emphasis of his daily diet. The majority of what he eats in a day are vegetables, and instead of cooking them fully, he either eats them raw, or lightly steams them. The reason for this is that raw or lightly steamed veggies maintain their nutritional value unlike fully cooked vegetables. 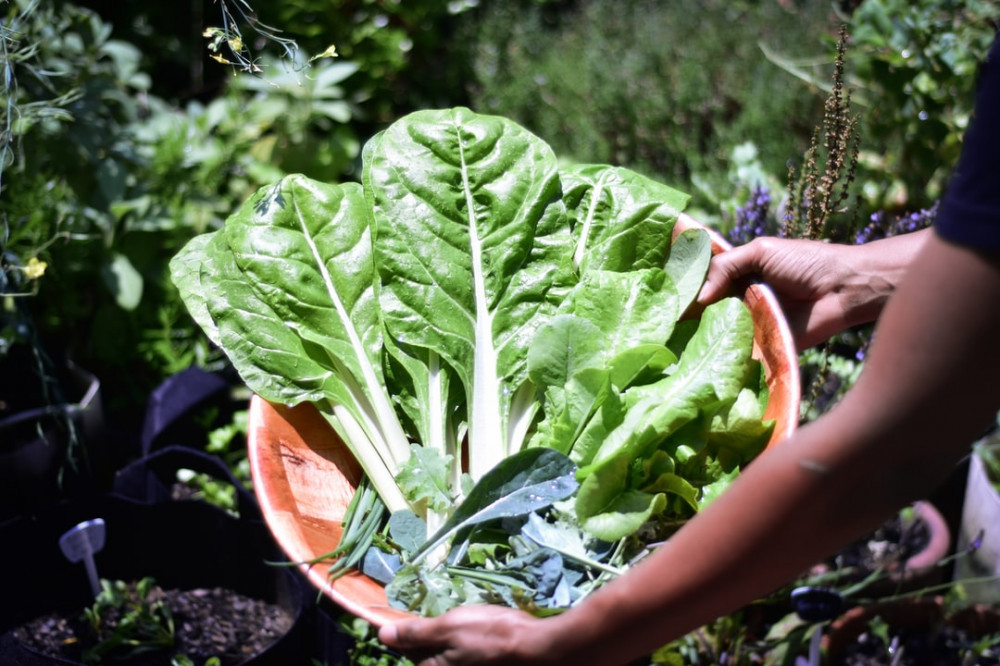 In addition to Tom Brady’s focus on organic fruits and veggies, he takes it a step further by ensuring as many foods as possible are locally grown. The reason for this is that locally grown fruits and veggies are incredibly fresh and more nutritious than anything you can buy at a grocery store, as there is far less travel time from farm to table.

Where Does He Get His Protein From?

Since the majority of Tom Brady’s diet is plant based, he adds minimal meat to his meals. So 20% of his lunch or dinner plate might be something like a chicken breast or a piece of fish.

That’s not nearly enough protein for a guy who eats 3,000 calories per day, and works out hard to be one of the top athletes in the world. To give you an exact number, Tom Brady eats 185 grams of protein per day. So where does the rest of his protein come from? 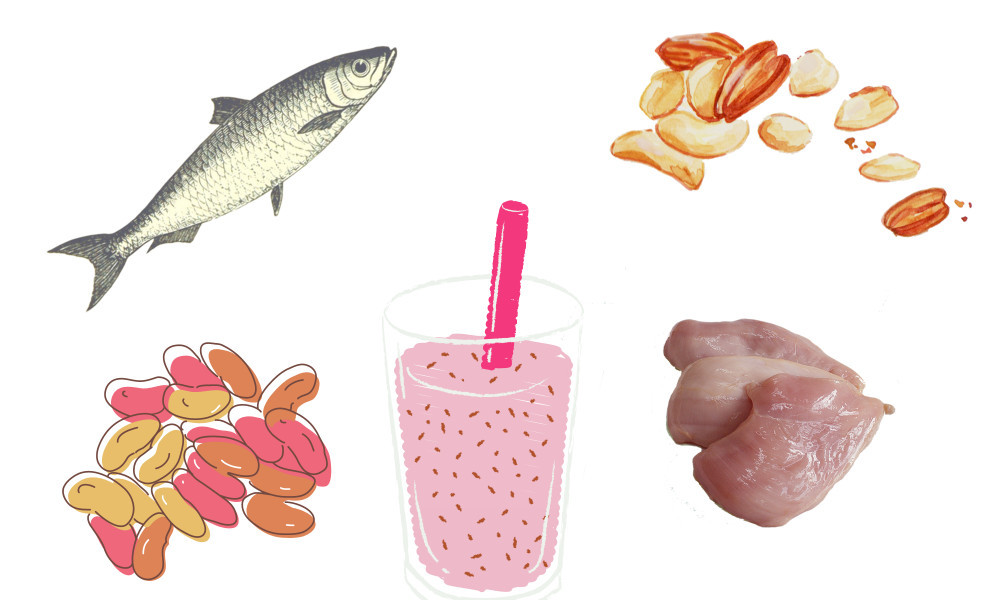 Tom Brady is pretty obsessed with protein shakes. In fact, his very first meal of the day is always a protein shake, using almond milk, fruits, and nuts.

Tom Brady does consume a healthy amount of whole grains. These complex carbohydrates include brown rice and quinoa because their nutritional value is far superior than plain white rice. 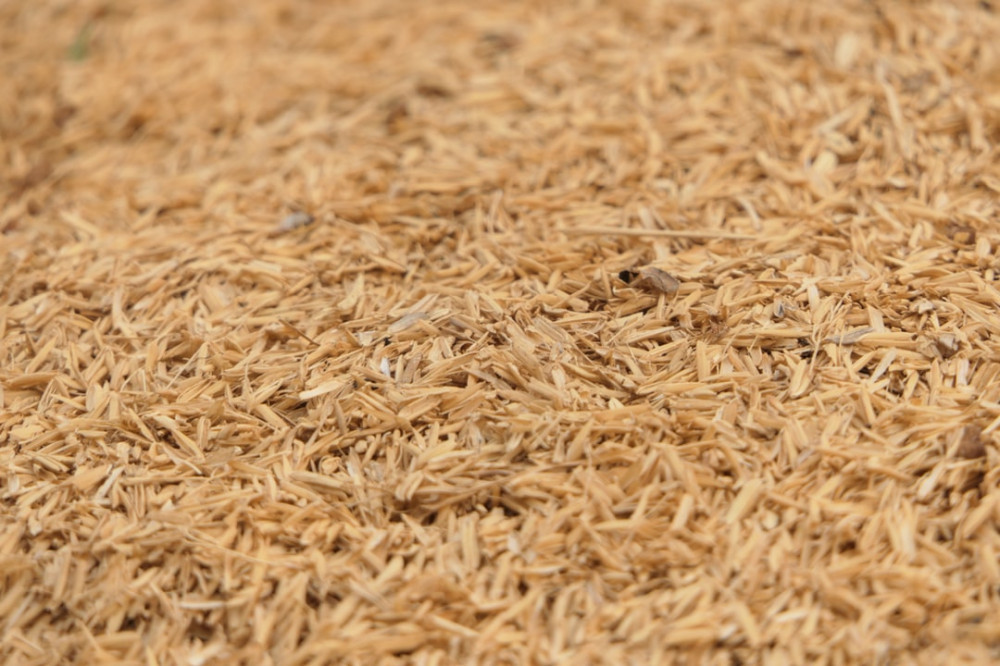 He Drinks Enough Water To Fill A Fish Tank

I’m personally drinking about 70 – 80 ounces of water per day, as I’ve recently learned a lot more about the correlation of water intake and fat loss. Also, because I’ve started taking creatine daily to help me with my bodyweight training efforts, drinking a ton of water is essential in order to make progress. 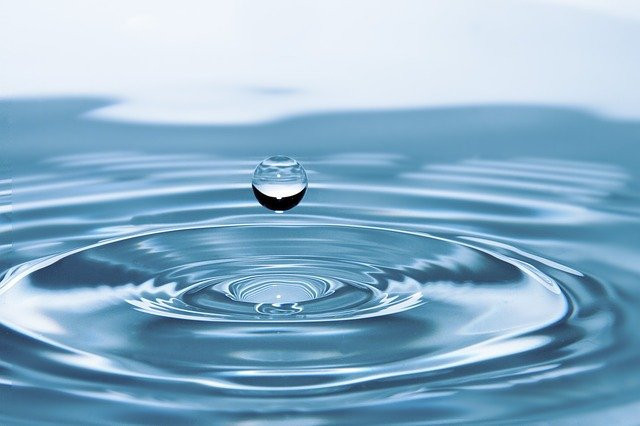 An interesting note that he makes about water consumption is that you shouldn’t drink a ton of water with your meals. In fact, he suggests drinking water half hour before a meal, and then an hour after your meal, because otherwise your food won’t be digested properly. Otherwise, he drinks a ton of water infused with electrolytes throughout the day. Tom Brady adds electrolytes to just about everything he drinks, including lemonade.  This is his line of electrolyte powder.

There are quite a few foods that are completely absent from Tom Brady’s diet plan. Some of these foods include the following:

There are more foods that are restricted from his diet not mentioned here, and it’s mostly because of their lack of purity and wholesomeness, which is a huge emphasis on Tom Brady’s eating plan.

Tom Brady eats 3 meals a day, adding up to 3,000 calories total. Of these calories, the macros are broken down like this:

Let’s take a look at his meals and the breakdown of what he eats in a day. 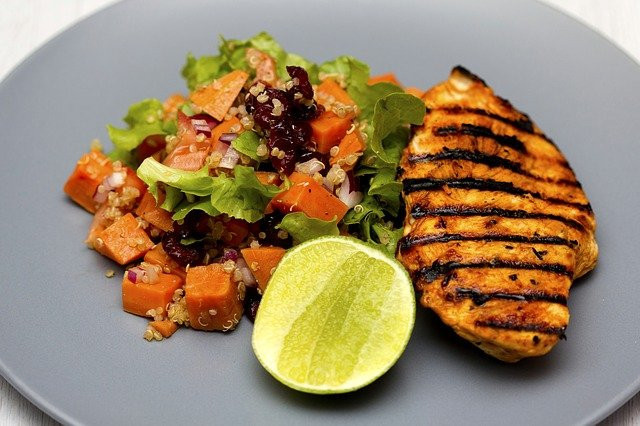 But where do the rest of his calories come from? Tom Brady snacks a lot throughout the day. In fact, he has his own line of snacks called TB12, which include coconut chips, cacao Goji Superfood Bites, Blueberry superfood crunch, and Amazon superfood crunch. A serving size of these snacks has 180 calories, so munching on these can easily add up.

If he’s feeling hungry throughout the day, he’ll snack on more protein shakes, fruits, such as grapes, apples, or bananas, and protein bars. By the way, he has his own line of plant based protein powder.

Also, these meals may change up, except for the morning smoothie part which seems to stay consistent. He may have avocado and eggs for breakfast, salads & fish with nuts for lunch, and a large dinner consisting of chicken and veggies. And of course a ton of snacking goes on throughout the day to make up for the remainder of his calorie and protein needs.

Do You Think Tom Brady’s Diet Is Strict?

Is Tom Brady’s diet all that strict? I don’t personally think so. But that’s coming from someone who has followed eating plans for most of his adult life. Tom Brady says himself that he doesn’t believe in restrictive dieting. He chooses to eat this way because he wants to and he knows it’s the best eating plan for his needs.

Learning about Tom Brady’s diet was especially intriguing to me. I ate a very strict diet for years, and I couldn’t burn off excess fat no matter how much cardio I did and no matter how restrictive my dieting was. I finally got into my ideal shape when I let go of all the restrictions. 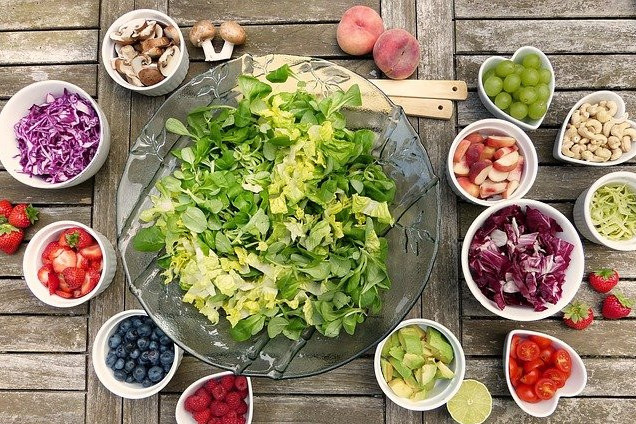 In a way, I was a little nervous to learn just how restrictive Tom Brady’s diet was, considering, I’ve moved away from restrictions altogether, and it works for me. From my own experience, the most effective eating plan is the one that allows you to eat what you want.

I follow a simple eating plan combined with a truly powerful home workout routine 3 days a week, and I love it.  I used to eat 5 to 6 restrictive low-carb meals per day and work out 6 days a week.

It’s amazing to me sometimes how I got into great shape by doing less and eating what I wanted, compared to how I used to live with so many rules, and always being frustrated.

But now that I understand Tom Brady’s eating plan much better, it’s not that it’s so restrictive. It’s just that from an outsider’s perspective, it may seem that way.  In the end, he’s eating what he wants when he wants. He’s just made very educated decisions as to what he chooses to put into his body for optimal performance in his football career.

He’s flat out said that he doesn’t believe in restrictive dieting. In fact, if he wants pizza, he eats it. But it’s just not a choice food of his and it doesn’t align with his nutritional needs to perform optimally on the field.

I hope this article was helpful and if you arrived to this page wondering what’s Tom Brady’s diet plan, then I hope you got a ton of useful information regarding the foods he eats and his daily eating routine. This article was put together from a ton of online research based on a number of reputable publications along with information directly from Tom Brady’s own site as well.

Tom Brady has a book that explains his TB12 method in detail, going deep into his training, conditioning, and all natural wellness lifestyle.  Click here to learn more about it.

If you have any questions or comments, please leave them below and I’d be more than happy to read them and get back to you as soon as possible. Thanks for reading!

2 thoughts on “What Is Tom Brady’s Diet Plan? Here’s The Breakdown”