For years, I looked up articles on how to reduce man boobs naturally, and it’s amazing when you discover how much easier it is to do than you may even realize. I’ll teach you all this below, but I just want to preface this article by letting you know that I completely understand what a sensitive topic this is.

My chest area has always caused me more insecurities than any other body part and I’ve been self-conscious about it my entire adult life. Even as a teen, I wouldn’t go to the beach or a pool without wearing a t shirt, and that included even going in the water.

Also, as an adult, even when I was going to the gym regularly, I couldn’t seem to get rid of a layer of fat on my chest. I just assumed that I’ve got more fat there than other guys do, and I so badly wanted to have the definition and leanness that I’d see on other guys who’d walk around shirtless with confidence.

So, in this article, my goal is to help you understand how to reduce man boobs naturally, and it may not be what you were expecting. I’ll explain the simple 3 steps I followed every day that helped shrink down my man boobs considerably in only 3 months.

This requires no devices or machines, and you don’t have to jump through any hoops to make this happen. You just need to alter certain aspects of your lifestyle and discipline yourself to form some new habits. While you may not shrink the man boobs down completely, I can guarantee you can at least shape them into what you’d call pecs and not boobs, which is what most guys want anyway.

And I feel that by following the steps below, you can develop enough confidence to take your shirt off at the beach and not think twice about it.

Let’s get to the details on how to get rid of man boobs naturally.

Eat At A Calorie Deficit 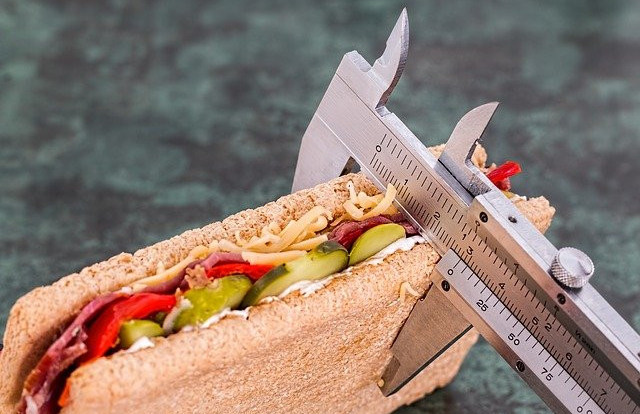 This is the most important part of the equation when it comes to shrinking down man boobs. See, if you’re looking to reduce chest fat, that means that you probably have additional fat stored away in other areas of your body as well.

This was certainly the case for me, and the problem that I always encountered was that I was never able to reduce this extra fat anywhere that I had it. It just so happened that I noticed a lot more of it on my chest than on other body parts, and that’s what caused me the most body insecurities. But the truth is, the stubborn extra fat was also hiding away in my lower back area and my stomach.

When we lose fat from our bodies, it melts off evenly. When I see people ask how to reduce belly fat now, I think to myself, it’s not just your belly. It’s everything else too. So, when you start to reduce chest fat, you’ll notice the rest of your body becoming leaner as well. This all has to do with eating at a calorie deficit.

For years, I’d heard this term, and I just disregarded it, then I’d go back to my low-carb eating habits. I’d heard professionals tell me that fat loss is literally a matter of calories in vs. calories out. What on earth does that even mean?! I thought it was some mumbo jumbo crap and just went back to eating low carb, cause once upon a time, that worked for me.

And here is where the problem is. Low carb will not cause fat loss. Creating a calorie deficit WILL cause it, assuming you’re also getting enough protein in your diet, which you’ll learn about below. You can eat pizza and ice cream and still burn off fat far more effectively than following the Keto diet.

THIS ARTICLE EXPLAINS IN DETAIL HOW TO SET UP A CALORIE DEFICIT FOR YOURSELF.

That link will point you in the right direction to start shrinking man boobs immediately. It’s set up to help you lose approximately 4 – 5 pounds monthly, and believe me, and while you may not be overweight, man boobs mean there is extra fat on your body. This deficit causes fat loss evenly, so you’ll begin to notice it on your chest just as you will on other parts of your body.

Now, this is just one part of the equation. The next part is making sure you get enough protein daily. 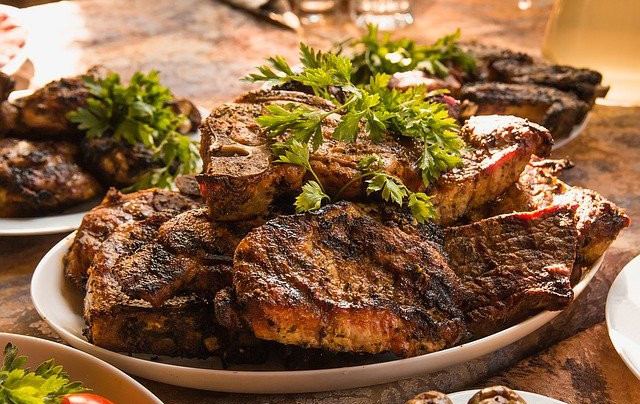 It’s important that when you visit the link in the previous section about setting up a calorie deficit for yourself, that you also follow the protein protocol from that section.

This is especially important for those of us who want to get rid of man boobs. See, man boobs are extra fat. So, it’s not enough to just eat at a calorie deficit. If you simply did that and didn’t hit your protein goals each day, then you might lose weight in the form of muscle and bone density, when the actual goal is to melt off chest fat.

So, I encourage you to visit this link, make sure you follow both calculations. One is for your calorie deficit, and the other is for your daily protein intake.

Getting enough protein ensures that you’re maintaining lean muscle, and the weight coming off your chest is indeed fat. This sets up your body to be in a position to sculpt it however you want to later. I think of it like cleaning off a canvas. Eating the way I’ve described in these two sections cleans off the canvas.

You can paint on it later. If you want pecs and lean definition on your body, that’s great. That comes from following a solid workout routine, which you’ll learn about in the final section of this article. 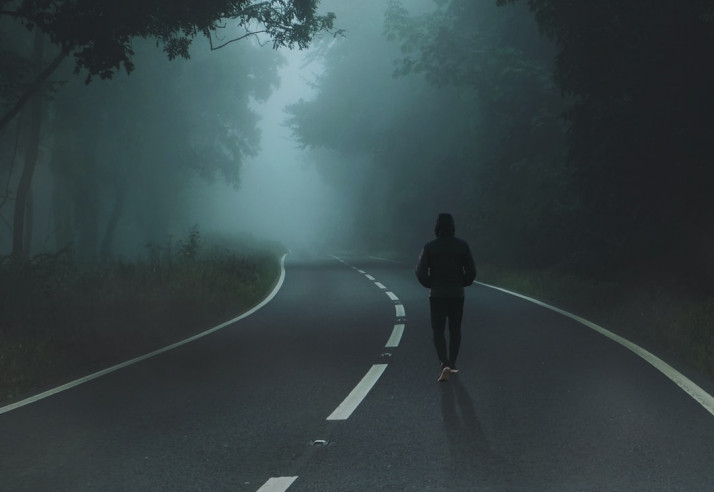 I never would have believed in a million years that walking is even considered an exercise that would significantly cause fat loss. Well, to my absolute surprise, I found far better results walking daily than I ever did going to Kickboxing classes or doing Beachbody workouts from home 6 days a week.

That’s right, my man boobs shrunk down considerably more just walking 10,000 steps a day than they ever did by following traditional workouts that completely drain you of all your energy. You can say that I’ve become lazy as far as cardio goes, but walking is a wonderful activity, and it’s laid back, which causes far less hunger cravings than you’ll have when you do more intense cardio exercises.

Walking 10,000 steps a day causes about 400 – 500 calories to be burned per session. Learn how many calories you’ll burn by walking daily right here.

Now, I can leave it at that. You could simply follow the information laid out here and you’ll notice considerable changes in your body in only 30 days. I guarantee that your chest will shrink down by following these tips alone.

But if your goal is to transform the man boobs into pecs, then I strongly suggest following a solid workout routine. You’ll learn about that below. 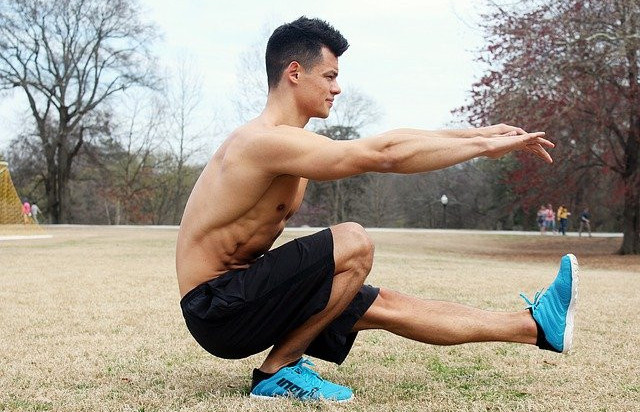 I don’t believe I ever appreciated working out the same way I do now until I discovered the power of Kinobody programs. As far as I’m concerned, this company teaches fat loss the right way, whereas everything else I’ve tried over complicates a matter that’s actually very simple.

Just as I mentioned above, chest fat is just fat. It’ll melt off the same way as any excess fat that you have anywhere else on your body. Now, I mention a workout routine, because as discussed earlier, you can eat right and walk daily, which will “clean off the canvas” of your body.

But if you’re serious about taking your physique to another level, and turning those man boobs into pecs, as well as lean definition in other areas of your body, then I can’t stress enough the power of Kinobody programs.

I followed their bodyweight program, called Movie Star Body, which you can learn about here.

This home workout program is what caused me to initially lose 15 pounds of fat that I had no idea was even stored on my body in different places. One of those areas was my chest. The fat melted off evenly over the course of 3 months, and while that happened, I also began to develop lean muscle definition, which is something I always dreamed of having but could never attain.

Why was I never able to attain that? It’s mainly due to the fact that I had no idea how to eat properly, which is why the first sections of this article are so important.

Kinobody programs teach you exactly how to eat and how to work out, to literally sculpt your body in ways you never knew possible. 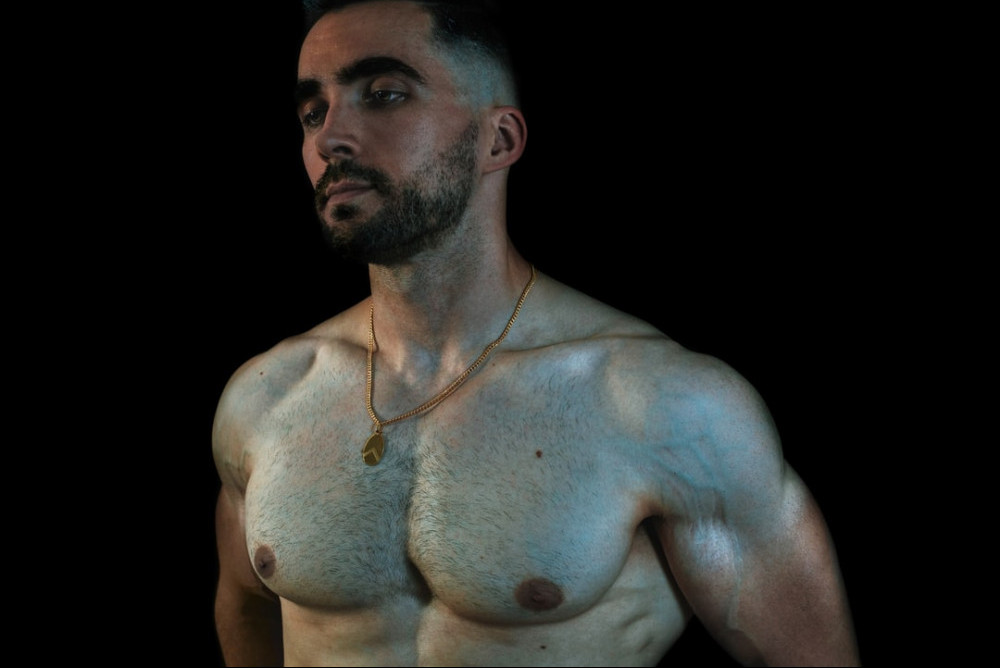 Shrinking down man boobs is a matter of eating properly and developing new eating habits. I never understood the importance of eating at a calorie deficit. That is until I started doing it.

Prior to this, I simply believed that we must eat healthily. We must eat low carb. That’s how we burn fat and get into shape. It took time to let go of preexisting beliefs to follow a new path. But this is the exact path that helped reduce my man boobs in a matter of a few months when everything else failed for years.

Simply follow the first three sections of this article, and I guarantee you’ll see a reduction in your chest fat in only a month’s time. Take it to the next level by following a solid workout routine, and you’ll be in a position to truly sculpt your body in ways you haven’t ever seen before.

I hope you found this article to be helpful. If you have any questions regarding anything written here, please let me know below and I’ll be more than happy to get back to you as soon as possible. Thank you so much for reading.