With all the misinformation the health & fitness industry throws at us constantly, I figured it was a good time to write out a calories vs carbs weight loss article.   I’ll get the most important part out right now.  Here it is.

Now that we’ve got that out of the way, I’ll try to get the point across in this article as simply as possible and in a way that’s easy to digest. I see people in forums and groups often over complicate this topic, and they start getting into all this terminology that really doesn’t really make matters any better.

In the end, the only thing anyone wants to do is figure out how to burn off unwanted fat. Do you care all that much about the word “ketosis” and exactly what it means? Do we really need to know that ketones can be used for fuel?

I used to eat a low-carb diet, for years, and the thing is this. It really does work initially. That’s why the Keto diet is so popular. I actually know quite a few people who saw great results doing Keto. But they eventually plateaued.

The problem with Keto, or any kind of low carb or restrictive diet, is that they aren’t sustainable in the long run. If we want to truly lose weight in the form of fat, and keep it off, we need to look at fitness and health as a lifestyle. It is not something we test out to see if it works.

It’s something that we should easily be able to encompass with our hearts and souls, ever single day. And there’s no way we can do that when we’re restricting ourselves of the very foods we love.

I’ll get into the details of both options so that you understand clearly why you’ll lose more weight and keep it off. The goal is to help you understand why you’ll actually enjoy your life and your favorite foods when you watch calories instead of carbs. 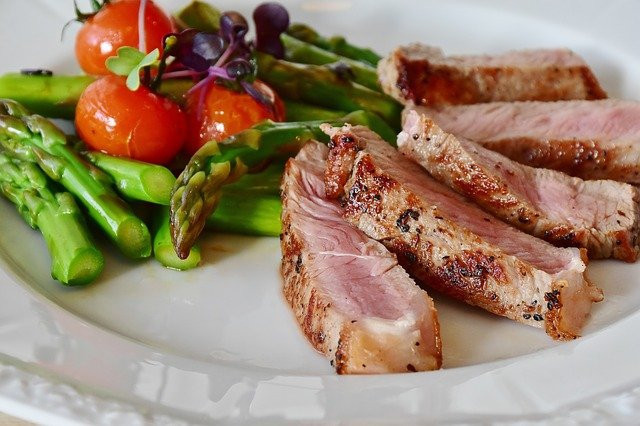 Initially a low carb diet works wonders for many people. There’s a reason that Keto took the world by storm. And before Keto, Atkins was the rock star of diets. They’re both low carb, and they’re both essentially the same diet, at least from my perspective.

I ate low carb for years, and when I first did it, I stripped off fat like crazy. But then the weight came back on. Yet, I continued eating low carb year after year, even though I wasn’t seeing the same results I got the first time around.

I guess I just thought in my head that it worked once. It should eventually work again? I’m not sure what my thought process was there.

And here’s why it works so well for people initially, at least in my opinion. When you’re eating low carb, you’re cutting out so many calories from other foods that you’d normally eat, like bread, pasta, potatoes, and rice.  Those foods really are very calorie dense.

So it naturally works well for a lot of people who don’t want to count calories in the first place.  Since low carb foods are naturally lower in calories, especially in reasonable portions, it’s easy to lose weight initially, because it’s as if though calories are being tracked without being tracked, simply because many high calorie foods are being cut out from your diet.

Now, I also understand that there are high calorie foods that are allowed on a low carb diet, such as oils, butters, and avocados.  Still, the amount of calories in high carb foods overpower this.  It’s far easier to overeat on a few bread rolls, than it is to overeat on oil.  And a few bread rolls can easily be 500 calories or more, depending on their size.

Too Many Low Carb Rules 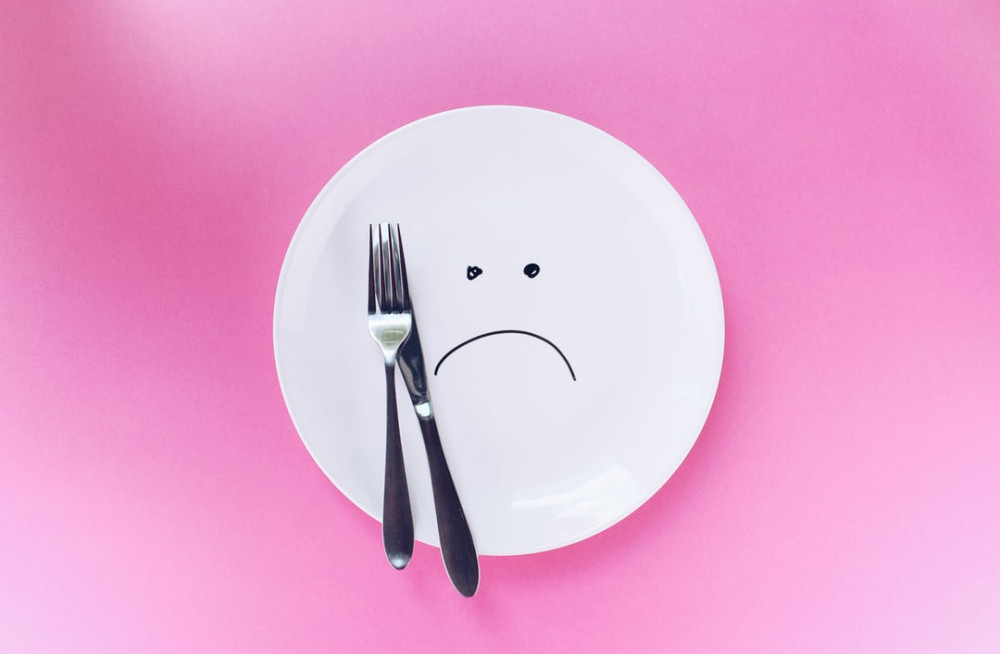 One of the biggest issues I see with low-carb dieting is all the rules that are enforced, and that must not be broken, or else we’re told that we will fail the diet.

Starting from a place of restriction is a surefire way to overwhelm you.  You’re suddenly thrown into a battle that your mind has with your body.  And now, it’s no fun, because you have to follow all these rules, and adhere to them every single day.  You’re required to change your life to work around the diet, when it should be the other way around.

And this is one of the biggest problems I see with diets in general. There are too many foods you can’t eat, and so many rules you must follow, that your life becomes a balancing act to make sure you’re keeping everything in check at all times.

Why You Can Easily Go Off Course On Low Carb 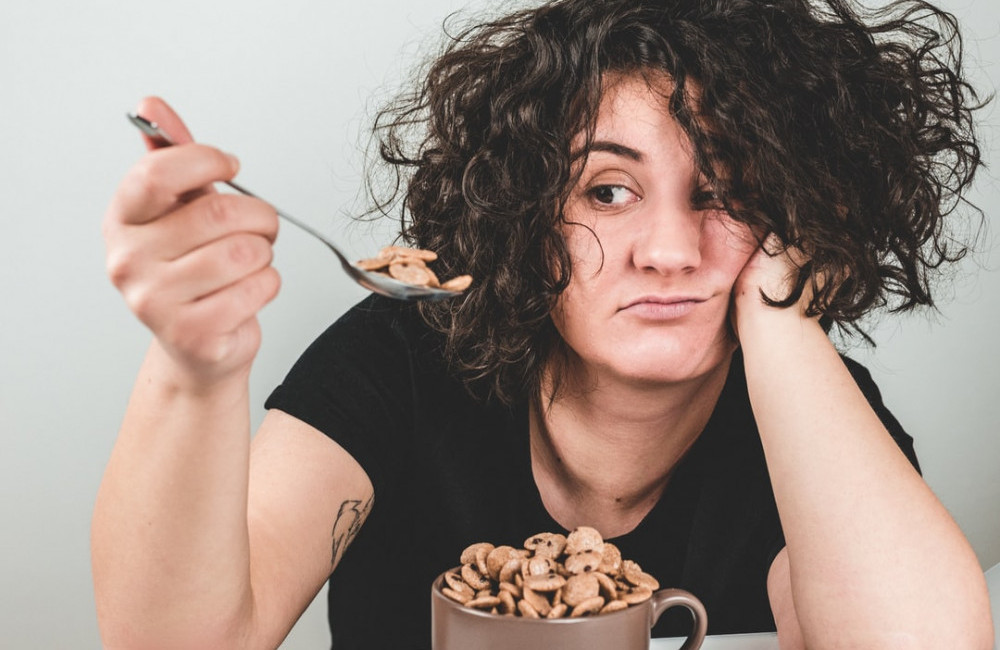 Now I used to live and breathe low carb for years of my life. I’ll never forget one time how a friend of mine who saw me after about a month of us not hanging out. She’s honest, and we’re like siblings. She said to me, “you got fat!” The funny thing is, even though she was half-joking, I know she was right.

I could see it in the mirror. My face had puffed up and my body had rounded out a little. How on earth did I get fat when I was eating low carb and going to the gym 6 days week on top of doing intense cardio too? I’ll tell you what happened. I wasn’t paying attention to my calories. I put every single ounce of energy I had into making sure the foods I ate were low carb.

At the time, I was eating a lot of steak because it’s delicious and has a lot of protein. I reasoned in my head that it was a great way to help me have more energy at the gym. But the problem is, just eating steak and non-starchy veggies, which are both low carb foods, and NOT having a clue how many calories I’m actually putting into my body, poses a problem.

Since I had no idea how many calories my body needed per day in order to drop fat, I was clearly going over my calorie budget every day. This calorie budget didn’t even exist because I never created one. That’s the problem.

If you want to lose fat and do it effectively, you must know how many calories your body needs per day in order to lose weight. It’s that simple. Track your calories properly, and you’ve won the weight loss battle. Plus, you don’t have to restrict yourself to low-carb meals. You can eat what you want and still hit your fat loss goals.

The reason you can easily go off track on a low carb diet is because simply eating low carb meals equates to very little. This is because there is nothing you’re actually measuring. You will GAIN weight if you overeat on your daily calories, and that will happen whether you eat low carb meals, or a huge pasta dinner. 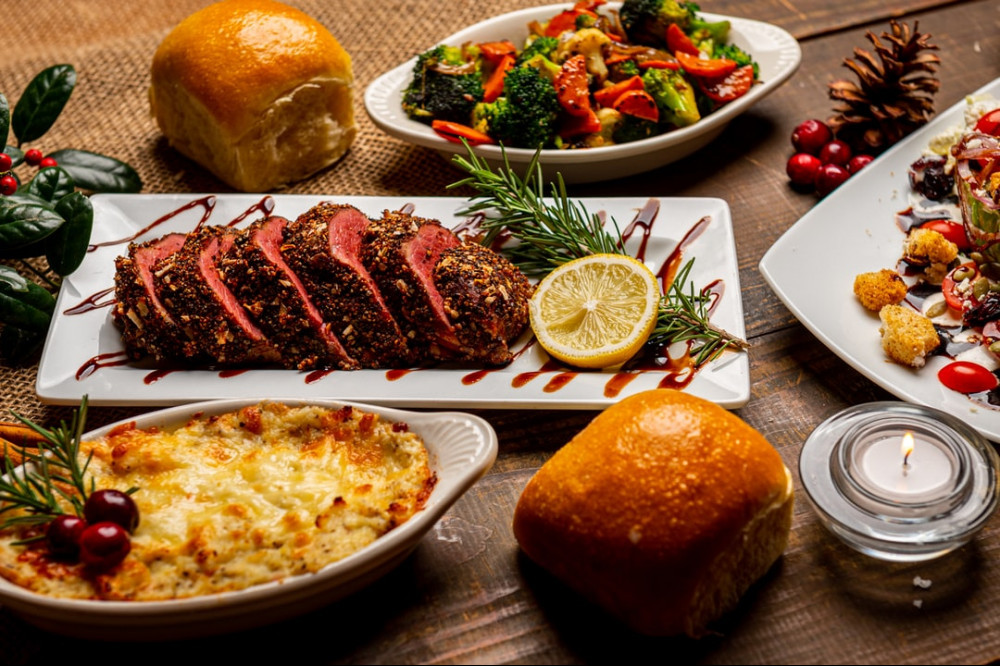 The way I think of tracking calories is similar to monitoring the money you have in your bank account. If you’re going on a vacation, for instance, one thing you can do is set a daily budget while you’re on your trip. Let’s say that you’re allowed to spend $50 a day. I don’t know where I got that number from, but let’s go with it.

Well, if you have exactly $50 to spend per day, it’s ingrained in your head that you cannot spend more than that. You already know this. You can spend it on food, gifts, and whatever you want, but as soon as that $50 is spent, if you use your bank card, you’re going to get an overdraft fee, which is going to result in some consequences you’d rather avoid.

The last section of this article will explain how to set these calculations up for yourself, but the point is, the numbers don’t lie. You’ll either gain weight, lose weight, or stay the same weight, depending on what your goal is.

That’s far easier and more manageable than going out and buying a bunch of low-carb foods and assuming they’re going to help you lose weight, simply because they’re low carb.

How To Track Calories Properly 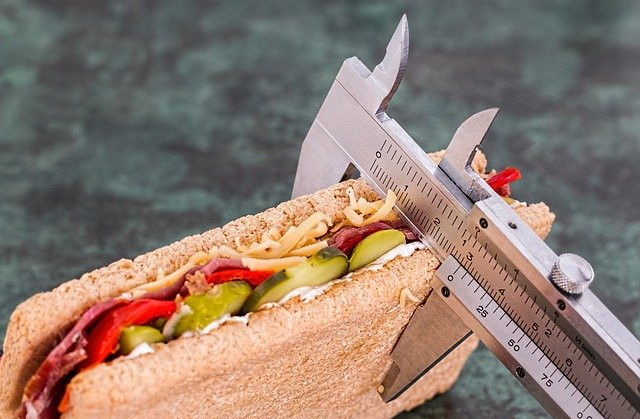 I’ve written about this many times, so please check out this article here.

It’s a step-by-step guide for complete beginners on how to track calories properly and with ease. There are only two tools I use on a daily basis in order to stay on track with my fitness goals. Whether I’m looking to gain weight, lose weight, or maintain my current weight, these tools are game-changers.

One tool is a food scale. You’ll learn exactly how I use it on a daily basis to track calories, and how easy it actually is to implement into your day to day life.

The other tool I use is MyNetDiary, a free calorie tracking app for your phone.

I also use MyNetDiary to track my daily steps. You can learn all about this amazing app right here.

These two tools, when used in conjunction, set you up for success, and will absolutely make a dent in your fitness progress.

Calories vs Carbs In Summary 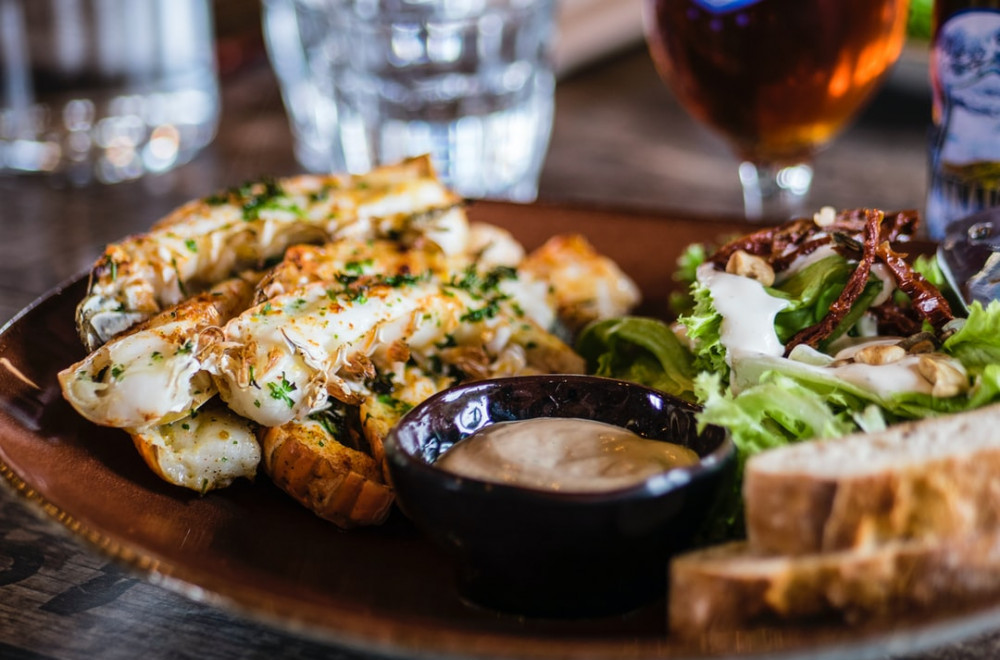 And that sums up the calories vs carbs weight loss debate, at least to me. I do feel that I have quite a bit of experience with this topic, as I did eat low carb for years, and even though it initially was a fantastic way to burn fat, I hit a plateau.

And it never worked for me again the same as it did the first time around. Sometimes I wonder why I kept going down that path when it obviously wasn’t working for me any longer.

I’ve come to realize that the popular saying “calories in vs. calories out” is absolutely valid, even though I always disregarded it every time someone said it or if I read it online somewhere.

In simple terms, it really just means that overeating on your daily calories means you’ll gain weight. Eating fewer calories per day than your body needs to burn means you’ll lose weight. You can set up those calculations for yourself right here.

To sum it up, when it comes to weight loss, this is all you need to know:

Thanks so much for reading. If you have any questions or comments at all regarding any of the topics discussed in this article, please let me know in the comment section below, and I’ll be more than happy to get back to you as soon as possible.